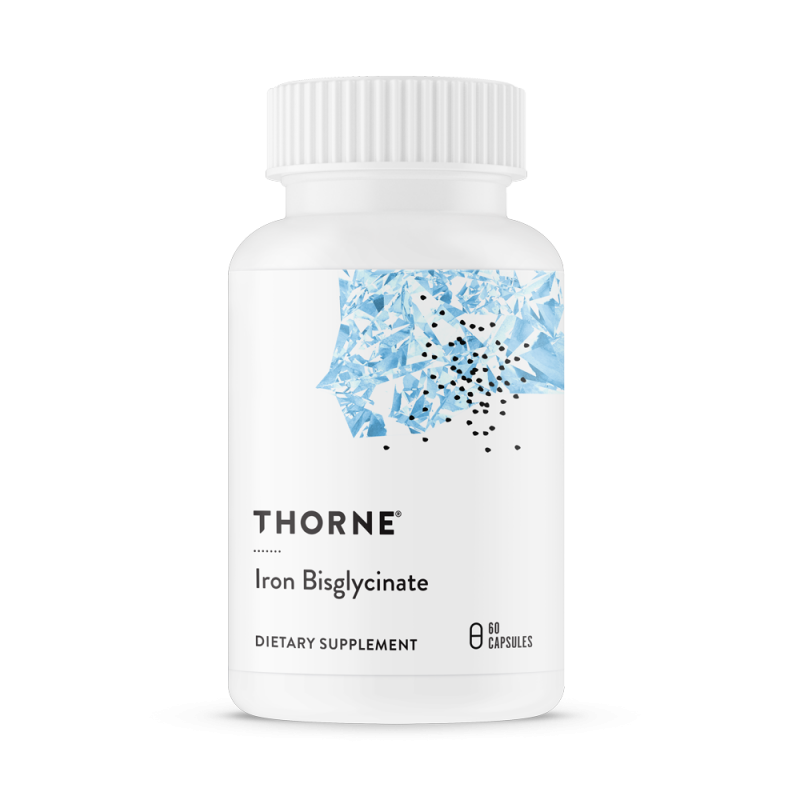 Most of the body's iron is found in hemoglobin, the oxygen-carrying molecule in red blood cells. Smaller amounts of iron are found in the tissues as myoglobin and as cofactors for many enzymes. Because of its central role in the hemoglobin molecule, iron is essential for the formation of red blood cells.*

An iron deficiency can manifest as weakness, fatigue, shortness of breath on exertion, dizziness, tinnitus, spots before the eyes, drowsiness, irritability, infrequent menstruation, and loss of libido.*

Conventional iron supplementation, including forms such as ferrous sulfate, can cause gastrointestinal side effects – including nausea, vomiting, constipation, diarrhea, and dark-colored stools – because these conventional forms of iron are poorly absorbed.

Take 1 capsule daily or as recommended by a health-care practitioner.

This product is contraindicated in an individual with a history of hypersensitivity to any of its ingredients.

If pregnant, consult your health-care practitioner before using this product.

There are no known adverse interactions or contraindications at publication date.

Accidental overdose of iron-containing products is a leading cause of fatal poisoning in children under six.

Keep this product out of reach of children.

In case of accidental overdose, call a doctor or poison control center immediately.